500+ years of increasing separation of text from visualization

Posted on August 1, 2016 by richardbrath

In the beginning typography and infovis were tightly integrated. In this illuminated manuscript from circa 1480, the biblical text and the genealogical tree interwoven. Text in the visualization is not just simple labels. While bold, italics and sans serif don’t exist yet to create differentiation, here the text varies in color. Some node labels are plain black, some are red, some start with a red initial (and node size, outline color, outline shape all vary too). Similarly, the explanatory text is woven around the graph: it’s not separate to the visualization. These same kinds of relationships between text, typographic attributes and visualization can be seen in other medieval visualizations and tables (e.g. see more examples at Bodleian). Genealogical tree from late 1400’s. Note graph nodes use of image (people, shield) or text, where text may be black, red or start with a red initial. The nodes can vary in size, color, or shape (circle, crescent, shield). Textual commentary is intertwined throughout. Via Bodleian library.

Step forward a century to the proliferation of the printing press and movable type. With movable type it is easier to set an entire page of type, but more difficult to set type and images together. It’s hard to get the image (an engraving such as a woodcut) to work together with movable type. It’s difficult to configure a page to get the components to lock together, difficult to get the ink to spread evenly, difficult to set everything to the same height. It’s hard to use color – that’s two separate pressings or laborious masking of different areas for ink to be spread. So images start to move into separate blocks or separate pages. Words within images now need to be carved, in reverse. It becomes simpler to create an image without text (or very little) and make reference to the image from the text or with captions. 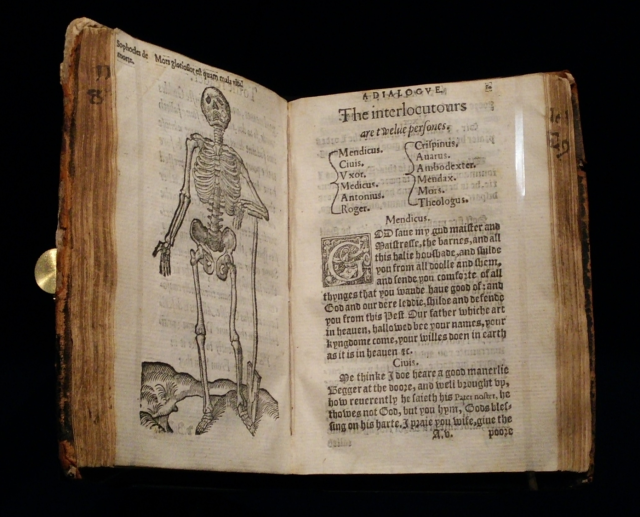 1573: Image separate from text. from William Bullein’s A Dialogue… Against the Fever Pestilence. Author photo from Bodleian exhibition “Shakespeare’s Dead“.

By the time of the Enlightenment, images have become beautifully engraved plates executed by skilled engravers. Diderot’s famous Encyclopedia (1751-1777) has beautiful images and a wealth of text – completely separated. Plate numbers and key letters on the images provide the sole reference to relate the detailed text pages to the plates, which are in separate sections in the bound volume. 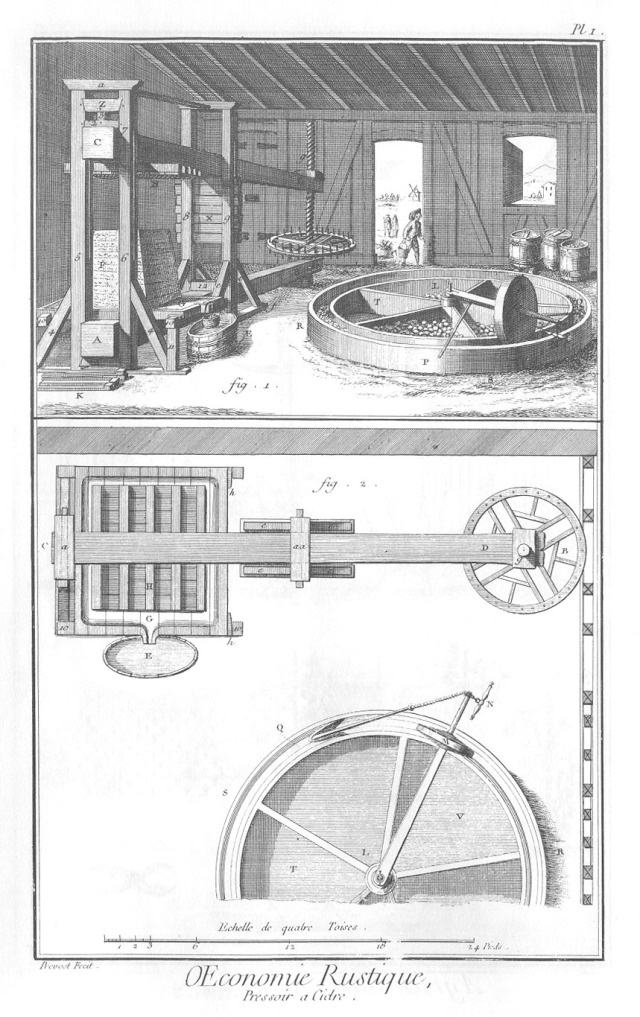 Diderot’s Encyclopedia has great illustrations of various occupations – all neatly labeled, but the viewer has to cross-reference the text to understand.

Bring that forward another century and you see statistical graphics. Like the earlier Enlightenment illustrations, text is separate from charts. Within charts, text is minimal – pushed to the edges (title, axis labels) and maybe the occasional label on a line internally, carefully placed to avoid colliding with a grid line. 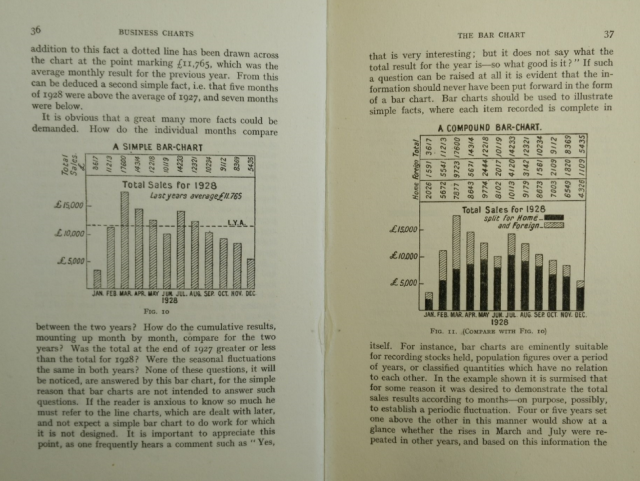 Information visualization utilizes many of the techniques from charting and statistical graphics. In general, most of the text is pushed to the edge in information visualizations. Yes, there are many news infographics where text is integrated into the visualization. And there are text visualizations where the entire visualization is made of text (e.g. tag clouds) or perhaps labels on markers (e.g. graphs). But there’s still gaps. From the infographics perspective, text is typically hand-crafted annotations carefully placed around the visualization. From the information visualization perspective, the text is limited – i.e. usually labels. Detailed text might be accessible via a tooltip, but tooltips are slow and if you don’t focus on the particular item then the tooltip content is not available. Detailed text might be visible in another linked panel (think Google finance charts), but this requires cross-referencing back and forth between two different visuals. This cross-referencing is a point of slowness (e.g. see Larkin and Simon’s Why a picture is sometimes worth 10,000 words). In a few instances, a full sentence might make it into an information visualization (e.g. newsmap.jp), but even these have various issues (e.g. newsmap has many headlines too small to read) .

(This post was inspired by discussions at TDi2016 Reading University and exhibits at Bodleian Library).